Series 1 Birth of the Living Dead - Released on March 2001 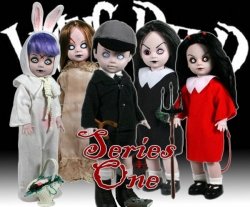 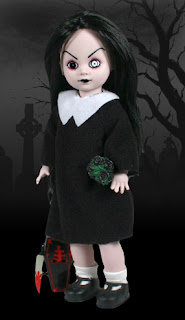 No one cared how she turned up dead.
So Sadie chose to rise instead.
Being easily forgotten wouldn't be fair,
Death was something this child had to share. 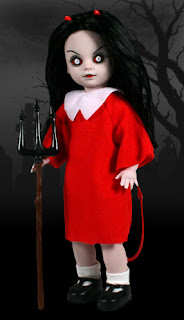 Sweet little Sin consumed by flames at seven,
Better to forever serve in hell, than grow up
and play in heaven. 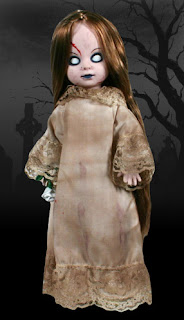 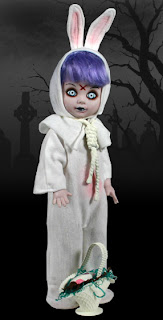 A blue version of the Eggzorcist was produced in 2003, for a Living Dead Dolls convention. All 3,000 units were sold out that day.
The doll was sealed in a black bag, that you had to open in order to revealed either regular or blood-spattered version. 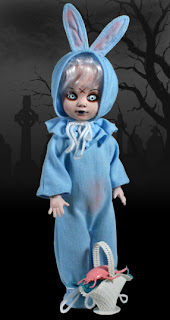 A drawstring used to fasten ears of a rabbit,
put this little bunny in a kiddie casket. 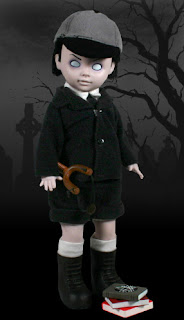 And then there was Damien with a soul as empty as
his eyes,
this wee little lad pronounced D.O.A. was already
dead inside.
Posted by Unknown at 1:01 PM