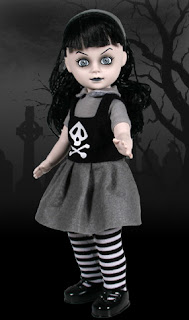 Everything Mildread touches would wither and die,
But she likes things better when they aren't alive.
This may sound harsh and very unfair,
But it doesn't cause Mildread any despair.
She has no use for things that breathe,
So feel her touch and spread her disease. 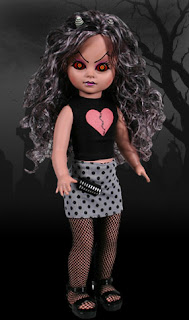 She cast a spell which killed a doll
That awoke the "Living Dead."
When this rotting doll found her,
That zombie was well fed. 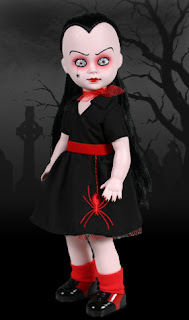 Arachne was gifted in the art of weaving,
But one look from her can be deceiving.
She hung herself from a web,
And fooled others into thinking she was dead.
And now masters in the art of disbelieving 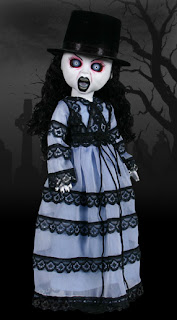 Maggots growing in her belly,
Her poems upon the page.
They say that Tina Black
Died of hidden rage. 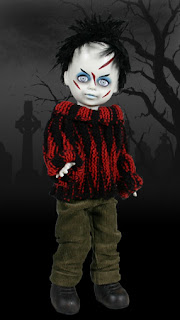 This little troublemaker made a deal,
Signing in blood was the seal.
Upon delivery, Hell's bells rang,
Possessed by a demon is Wolfgang.